The PC reads the joystick position and communicates messages to a Parallax Propellor microcontroller . The microcontroller processes the messages and then controls the BlinkM RGB LED using its I2C interface.

I also created a much longer explanation video . It even has a background soundtrack. I finished it, watched it, and then realized it was so boring and inane that I would feel bad asking anyone to watch it. 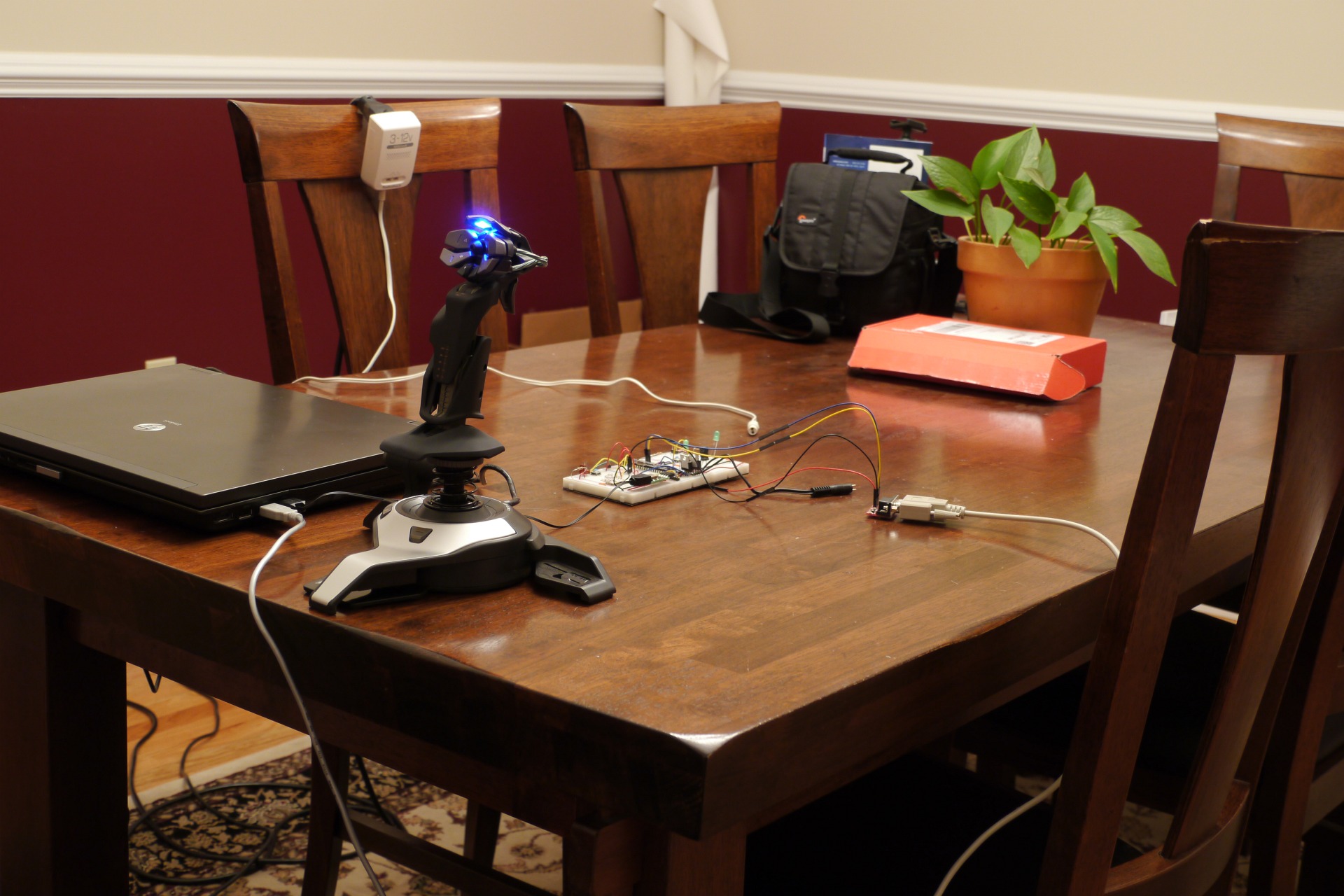 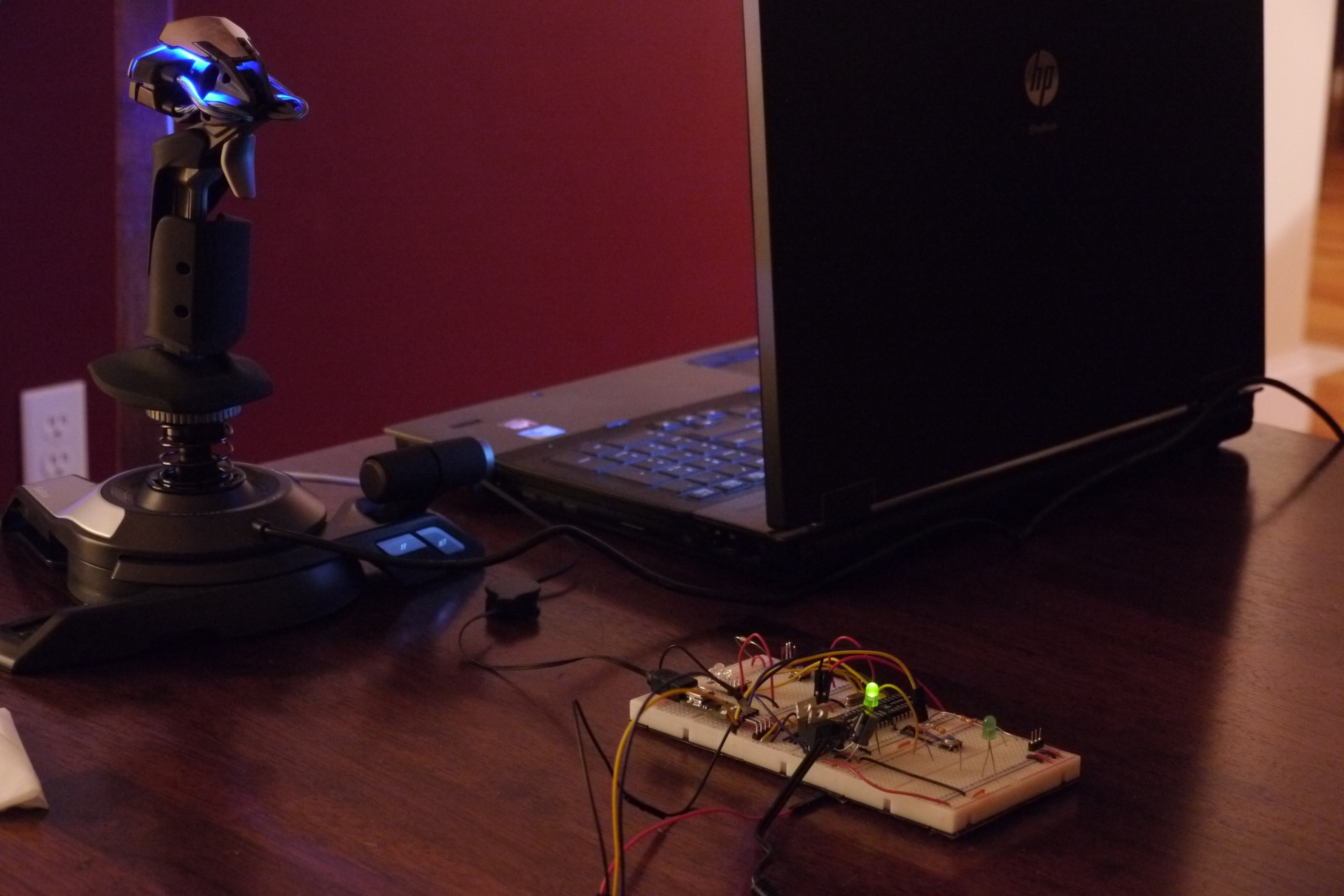 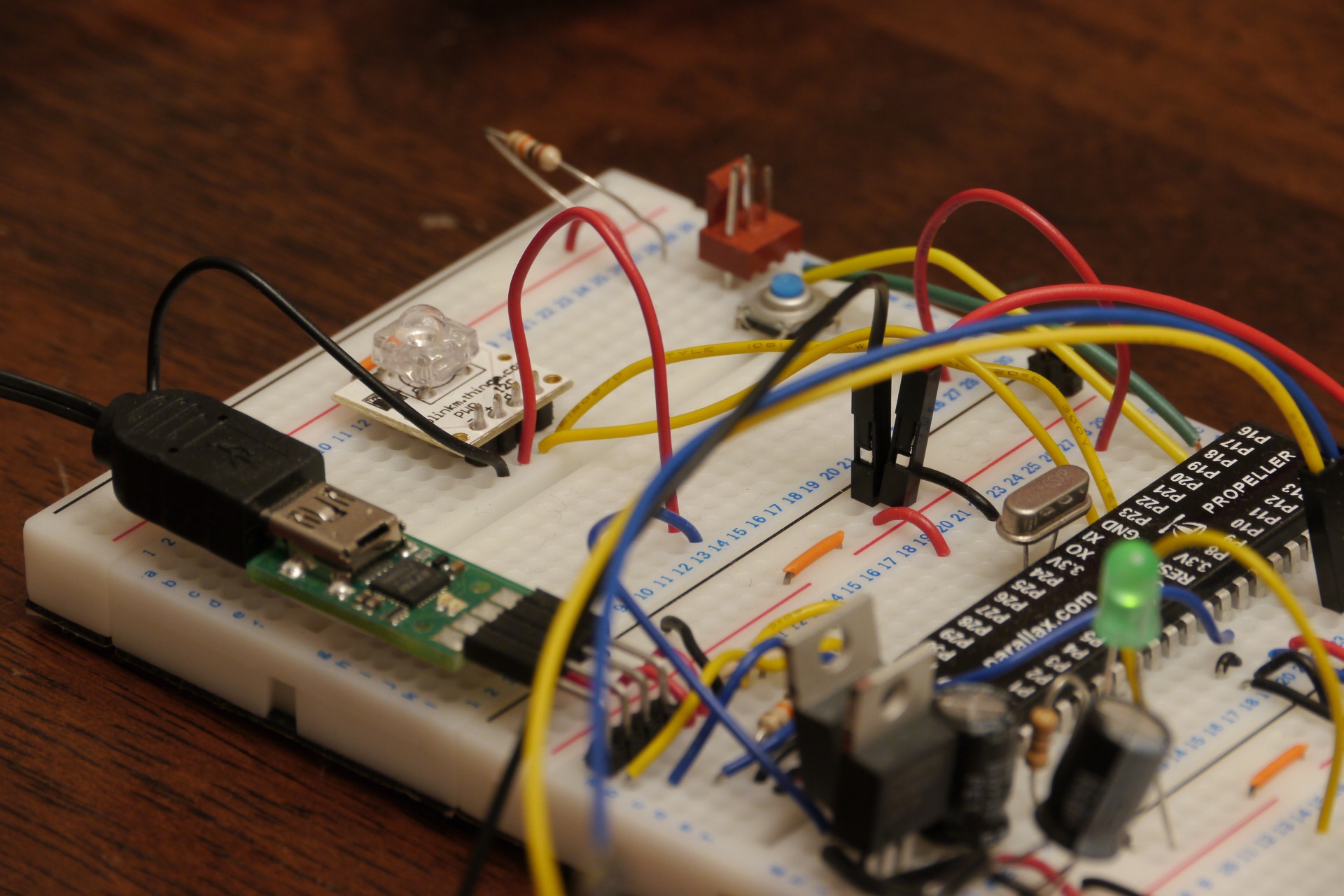 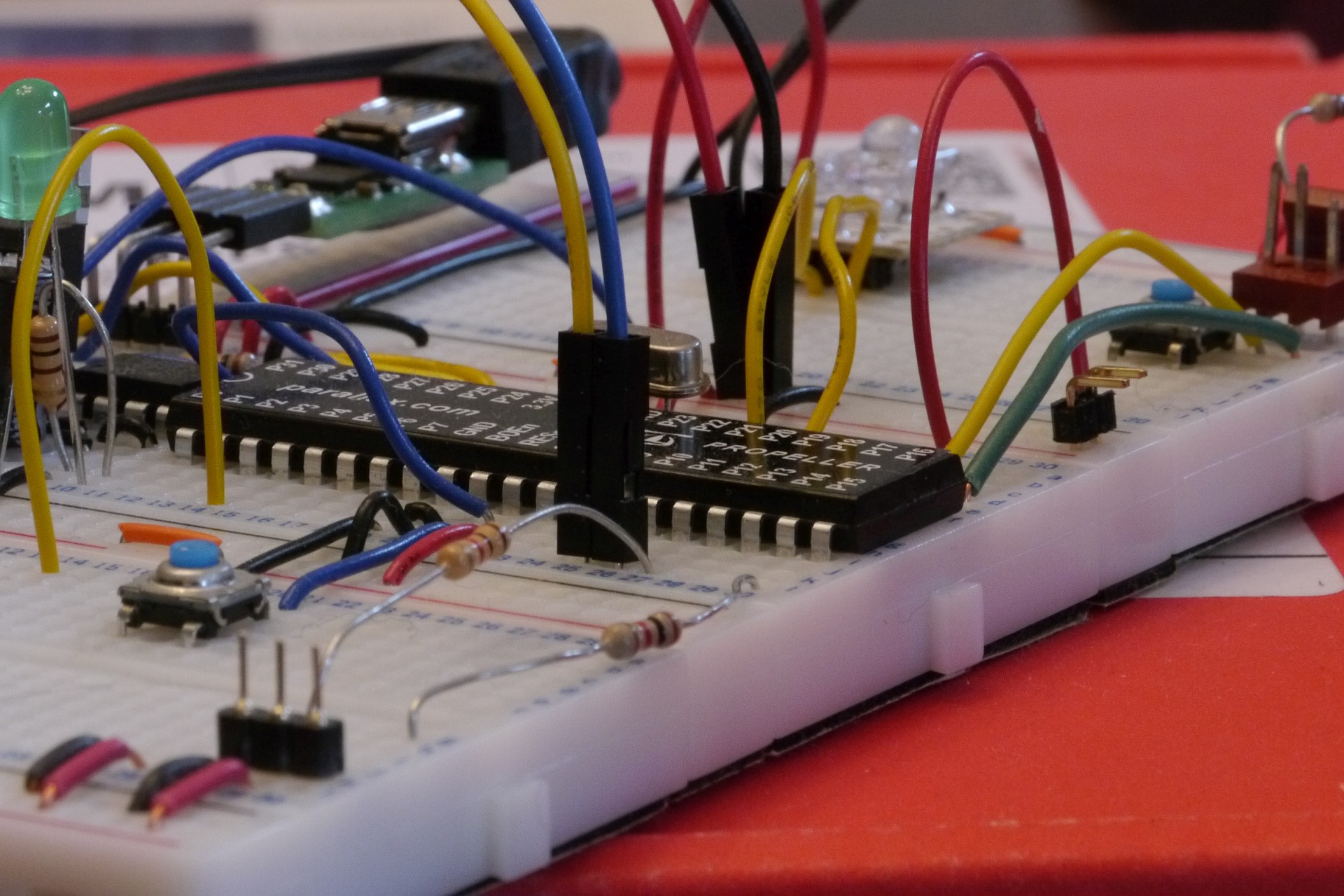 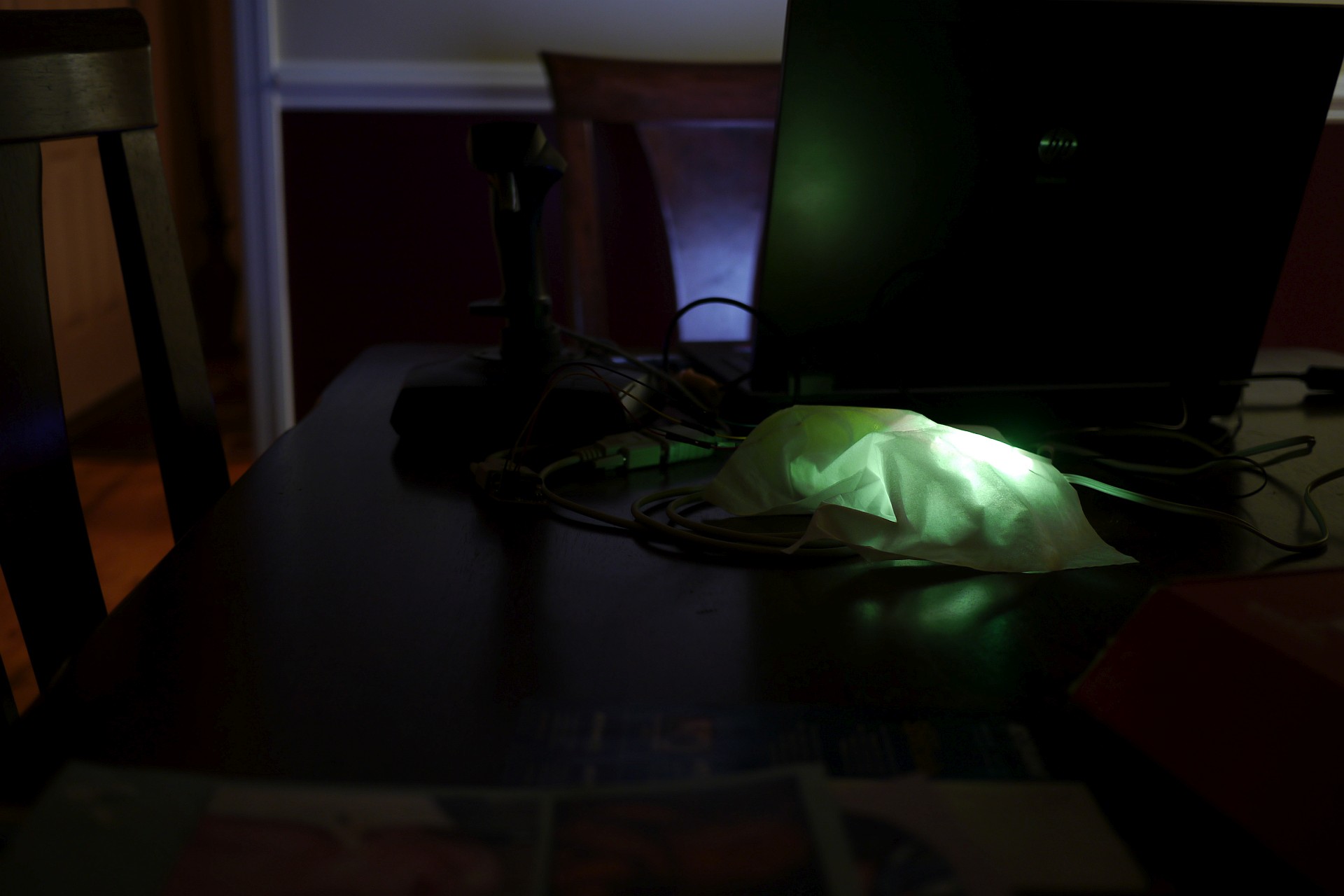 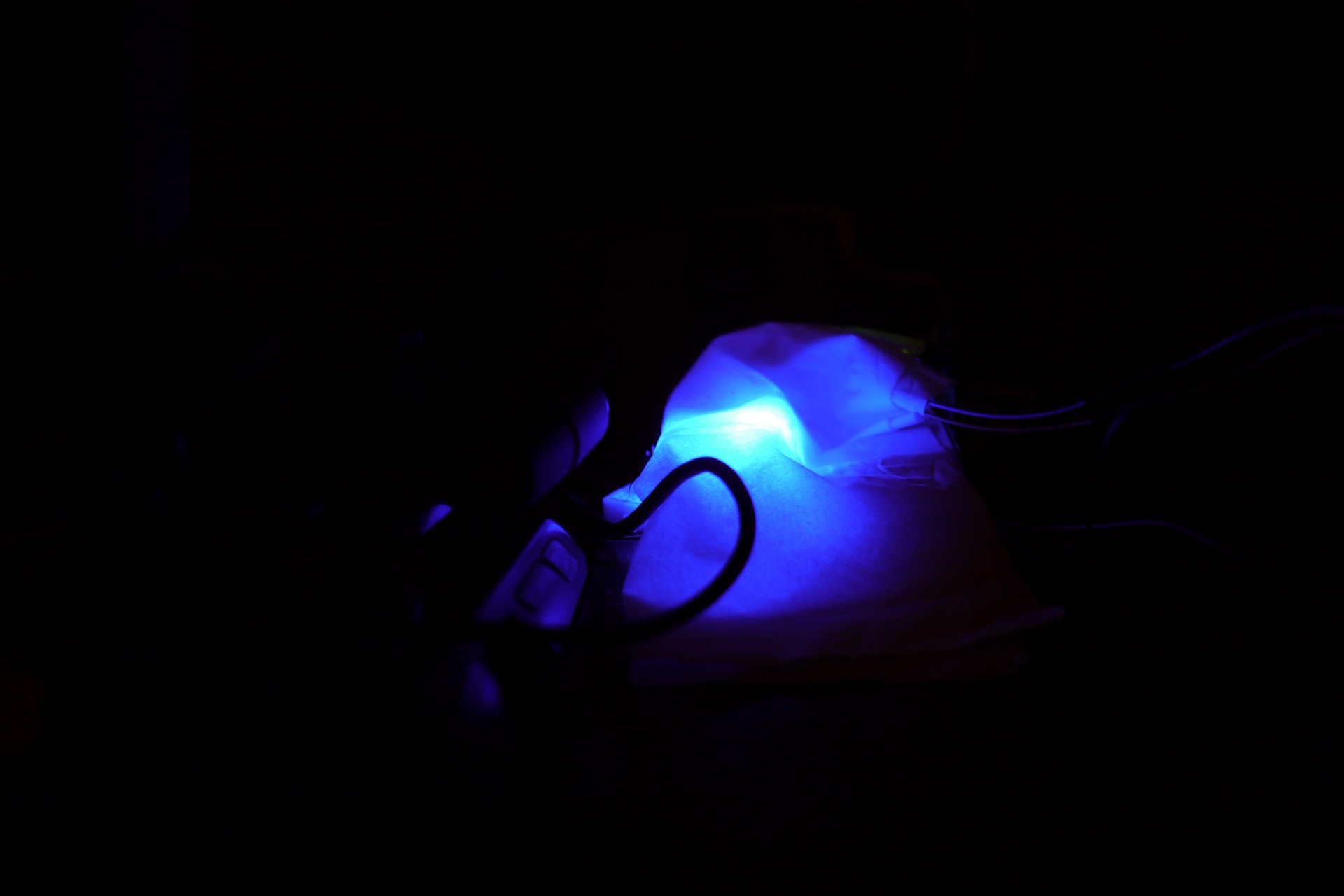 This is a simple project for controlling a BlinkM RGB LED with joystick. The joystick is attached to a PC, which communicates the inputs to a Microcontroller with the BlinkM LED attached. This project is way over engineered for simply controlling an RGB LED. I’m using it as an early test for a larger architecture I’ve been working on for more advanced robotic control.

The joystick is a little different than most because it has two slider controls. I have the controls setup as follows:

I did the video mainly to experiment shooting video in the dark.

category: projects
<< prev Goodbye to an Old Laptop
^ up ^ Blog Index
next >> The System